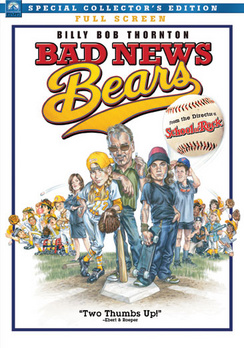 SKU 097360360240
$10.00
In stock
1
Product Details
Morris Buttermaker, a former pro baseball player, was ejected from the game for attacking an umpire and now works as an exterminator. More interested in boozing and broads than baseball, Buttermaker is lured back into the game by Liz Whitewood, an attorney whose class action suit has forced the Little League to accept all players, regardless of their abilities. As the new coach of the Bears, the most losing team in Little League history, Buttermaker has his work cut out for him. Initially, he's only in it for the paycheck, but he and his inept players have a transformative effect on one another that is wholly unexpected, and completely remarkable.
Save this product for later
Display prices in: USD