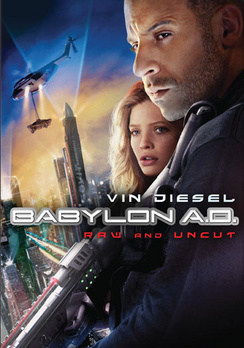 SKU 024543543633
$4.00
In stock
1
Product Details
It is the not-too-distant future. Thousands of satellites scan, observe and monitor our every move. Much of the planet is a war zone; the rest, a collection of wretched way stations, teeming megalopolises, and vast wastelands punctuated by areas left radioactive from nuclear meltdowns. It is a world made for hardened warriors, one of whom, a mercenary known only as Toorop (Vin Diesel), lives by a simple survivor's code: kill...or be killed. His latest assignment has him smuggling a young woman named Aurora from a convent in Kazakhstan to New York City.
Save this product for later