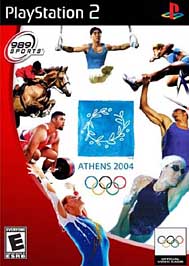 SKU 711719737926
$10.00
In stock
1
Product Details
ATHENS 2004: The Official Video Game of the Olympic games. The world’s greatest sporting competition on PlayStation2. Wearing your country flag on your uniform and representing your country in the Olympic games is about honor, sportsmanship and the human spirit. Experience the tradition and passion of the Olympic games while competing for the gold in over 26 events from seven sports including Athletics, Aquatics, Gymnastics, Equestrian, Weightlifting, Archery and Shooting.
Save this product for later