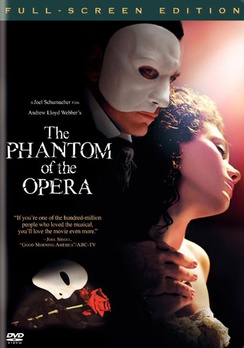 SKU 085393895228
$10.00
In stock
1
Product Details
A mysterious masked figure roams around the underground chambers of the Opera Populaire, a 19th century Parisian opera house. He tutors a young singer who rises quickly to stardom. The masked figure begins to harbor romantic feelings for his pupil, but his hopes are dashed when the singer's childhood boyfriend arrives in Paris
Save this product for later