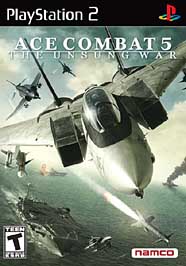 SKU 722674100168
$12.00
In stock
1
Product Details
Sand Island military base in the middle of the Ceres Ocean, dividing the two superpowers Osea and Yuktobania. After attempting intercept of an unidentified aircraft, most of the 108th Tactical Fighter Squadron was destroyed. As the base scrambles its defenses and goes on red alert, you and your fellow elite fighter pilots are called up to protect your home nation of Osea. Take flight in the 5th installment of Namco’s landmark air combat series, featuring ultra-realistic graphics, over 50 licensed aircraft and the all-new Wingman Command.
Save this product for later