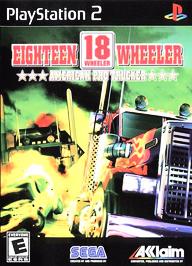 SKU 021481232698
$12.00
In stock
1
Product Details
Get ready to hit the open roads of America with 18-WHEELER AMERICAN PRO TRUCKER for the PlayStation 2. You'll have several drivers to choose from, each with unique driving abilities and personalities, as well as several improvements over the arcade version of the game. You'll start in New York City and your goal is to end up in San Francisco, but you'll have to make stops at various locations on the way. Climb into the driver's seat and get ready to feel the awesome power of your very own big rig with 18-WHEELER AMERICAN PRO TRUCKER.
Save this product for later
Display prices in: USD