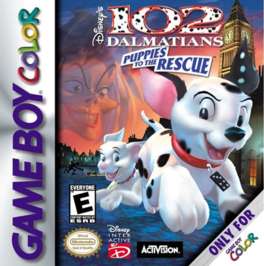 SKU 047875800755
$5.00
In stock
1
Product Details
Disney's spotted canines are at it again, scampering onto the Game Boy Color in 102 DALMATIONS: Puppies to the Rescue! Based on the animated feature film of the same name, players will be thrust into the role of either Domino or Oddball, as they attempt to rescue their extended family from the evil clutches of Cruella De Vil. Evade the dog catcher's net as you guide your pooch through London's parks, factories, and museums while collecting bones that unlock hidden mini-games!
Save this product for later