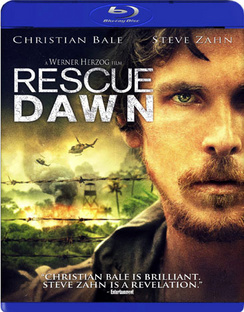 SKU 027616092137
$8.00
In stock
1
Product Details
Year: 2007
Rated: PG-13, some sequences of intense war violence and torture
Genre: Action, Drama
Runtime:
Studio: MGM
Directed by: Werner Herzog
Starring: Christian Bale, Steve Zahn, Jeremy Davies, Marshall Bell, Francois Chau, Craig Gellis, Zach Grenier, GQ, Pat Healy, Toby Huss
Description: Based on the true story of German-born Dieter Dengler, who dreamed of being a test pilot and thus made his way to America, where he joined the military in pursuit of his obsession to fly. On his first mission in Vietnam, he is shot down and captured by Vietcong guerrillas.
Save this product for later