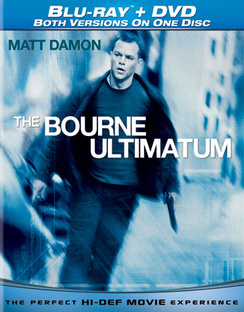 SKU 025192059049
$8.00
Out of stock
1
Product Details
Year: 2007
Rated: PG-13, violence and intense sequences of action
Genre: Action, Suspense
Runtime: 115
Studio: Universal
Directed by: Paul Greengrass
Starring: Matt Damon, Joan Allen, Julia Stiles, David Strathairn, Paddy Considine, Edgar Ramirez, Scott Glenn, Tom Gallop, Corey Johnson, Daniel Bruhl
Description: All he wanted was to disappear. Instead, Jason Bourne is now hunted by the people who made him what he is. Having lost his memory and the one person he loved, he is undeterred by the barrage of bullets and a new generation of highly-trained killers. Bourne has only one objective: to go back to the beginning and find out who he was. Now, in the new chapter of this espionage series, Bourne will hunt down his past in order to find a future. He must travel from Moscow, Paris, Madrid and London to Tangier and New York City as he continues his quest to find the real Jason Bourne -- all the while trying to outmaneuver the scores of cops, federal officers and Interpol agents with him in their crosshairs.
Save this product for later
Display prices in: USD