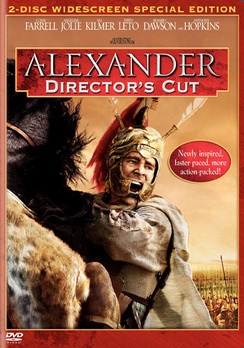 SKU 012569704565
$8.00
In stock
1
Product Details
Academy award winning director Oliver Stone presents a breathtaking new cut of his sweeping epic film, ALEXANDER, the true story of the world's greatest warrior. Using new footage and dramatically reshaping dozens of scenes, he brings to life the overpowering forces and fierce personalities that forever changed history. Torn by the war between his parents (Angelina Jolie and Val Kilmer), Alexander (Colin Farrell) left Greece to face massive armies in Persia, Afghanistan and India -- and was never defeated.
Save this product for later
Display prices in: USD