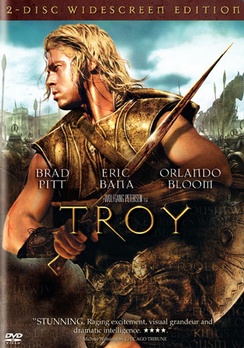 SKU 085392841127
$3.99
In stock
1
Product Details
Homer's epic tragedy 'The Iliad' provides the backdrop for the story of the ancient Greek city of Troy. When Paris, the son of the king of Troy, falls in love with Helen, the wife of the king of Sparta, the result is an epic war that will be remembered throughout history. The king of Sparta, asks his brother, Agamemnon, to unite the kings of Greece to do battle with Troy for the honor of Helen. Odysseus is dispatched to recruit Achilles, the greatest warrior in all the world, to fight for Greece. Unable to breach the walls of Troy, Odysseus conjures up a plan that will give the upper hand in the war to Greece.
Save this product for later