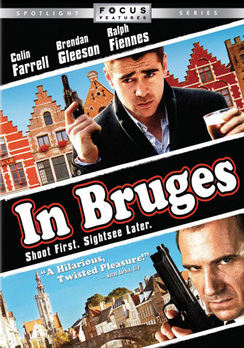 SKU 025195016322
$6.00
In stock
1
Product Details
In Bruges (pronounced 'broozh') is a darkly comic suspense thriller from Academy Award-winning writer/director Martin McDonagh tells the story of hit men Ray and Ken (Colin Farrell and Brendan Gleeson). After a botched job in London, the team is ordered by their boss Harry (Ralph Fiennes) to cool their heels in the storybook city of Bruges, Belgium. Very much out of their comfort zones, the men find themselves drawn into increasingly dangerous entanglements with locals, tourists, and a film shoot. As their stay in Bruges gets weirder, they realize Harry may have other plans for them than a simple vacation.
Save this product for later