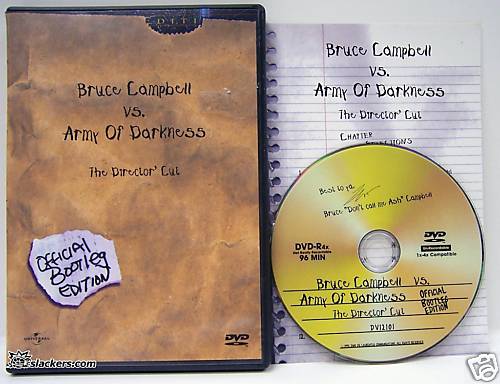 Unassuming store clerk Ash (Bruce Campbell) is time-warped into England's Dark Ages, where he must find the Necronomicon, a compendium of the black arts, before he can return home. Fortunately, he has time to romance a beautiful princess and battle an army of skeletons. This is the inspired sequel to EVIL DEAD and EVIL DEAD 2.

"...Campbell is a walking human cartoon, and it's fun to watch him drop insults in late-20th-century slang..."

3 stars out of 5 -- "This medieval-set EVIL DEAD threequel is as good-natured a horror as you'll come across..."